When I first started getting rich, Dun & Bradstreet, the commercial data peddlers, got wind of my upward trajectory, and sold my contact information to a whole bunch of people. Those people were boiler room callers, telemarketers with six and seven-figure salaries, who utilize high-pressure sales tactics to separate you from tens of thousands of your dollars in the name of “exciting investment opportunities”, ranging from stocks to oil wells to B movies. To see what kind of yahoos have been calling me, watch this little clip from The Boiler Room.

I, and everyone in my company, can spot one of these charlatans immediately, because they all ask for me by my legal name (the name on the list they bought), rather than the nickname everyone in my life calls me by. We spent a little time in the early days having fun with them, in a sort of reverse crank call game, but eventually that got old so we went back to hanging up immediately. But every now and then, one manages to slip by the knee-jerk hang up response and catch my attention, if only for a couple of seconds (Note: I haven’t made any investments with telemarketers to date).

The impetus: Sometimes the lightest touch goes the deepest

Today, one of these people left me a voicemail, which is generally as effective as trying to topple the Great Wall of China with a ping pong ball. But I swear that as the message was winding down, I actually reached, ever so slightly, for the keypad to call him back.

The first thing he did right was probably unintentional–the number on the display had a 602 area code. That’s Phoenix, Arizona, where I grew up, so my first thought was that this was somebody I knew. Regardless, he was from home, so I immediately liked him more than if he’d been from New Jersey. He quickly introduced himself and his company, the innocuous-sounding American Real Estate Partners, and then said “I have a question that only you can answer. Would you please call me back at…” And then it was over.

He has a question. He wants me to talk. He’s not trying to get me to listen as he tells me about some exciting opportunity (although that’s exactly what would happen if I gave him a chance). What could the question be?

The analysis: We are our own best friends, and worst enemies. Just like your parents’ relationship.

Everyone’s favorite topic is themselves. I don’t think there are any exceptions to this. There are people who learn to control the impulse to blab about themselves for the sake of other people, just as they learn to control the impulse to reproduce, urinate, cram food in their mouths, and inflict violence. But given the opportunity and the proper setting, every human on the planet being will gladly indulge in each of these activities, sometimes all at once.

This love-of-self is one of the few useful tools I learned to implement early in life. It was my mom who taught me that when I was out with a girl, to ask her lots of questions, and she’d really enjoy her time with me. And I wound up with a hot wife. Now, those who know me know that I can pontificate with the best of them, but I’m also a very adept listener, blessed with an innate curiosity and a morbid sense of humor that helps me enjoy being on the receiving end of a conversation. I’ve learned to use this tactic in sales–keep my mouth shut and let them sell themselves–with pretty amazing success.

But like I said, I, too, am human, so when this guy was asking me to call him back just to talk about myself, well, all sorts of little endorphins were bouncing around my brain.

Well, the ego trumped the id, once again, and I never found out what his mysterious question was. My self-interest was better served by foregoing the prospect of talking about myself, because I was concurrently spared the displeasure of hearing about another exciting investment opportunity, and having a new best friend who only wanted me for my money. It occurred to me that I subconsciously make decisions like this every day, at times abstaining from urination, for instance, in order to avoid a  criminal record. My pleasure/pain meter is well tuned from regular practice, and that’s why it only took a split second to check my callback reflex.

The conclusion: Observing your own weakness will help you exploit weakness in others

What can this insight to human behavior teach us about convincing people to transact with us, or in other words, MARKETING? Make it personal. A website is inherently an extremely impersonal thing. It has no feelings. It can’t converse with us (yet). It’s often physically located on the other side of the world. But a website can give us an extremely personal experience, through master-crafted interactivity. Feedback. Ask them for something, and give something back. Ask for something more, and give something back. Right now we’re developing a very cool new lead generation tool that takes this concept of human love-of-self, and converts it into something useful, i.e. money for us. We’ll keep you posted on its progress. Hint: it has to do with renewable energy; it’s relatively low-tech, but high-awesome. Since people’s love-of-self is also a renewable, nay inexhaustible resource, we figure this lead gen tool will make us infinitely wealthy. Take that, King Midas. 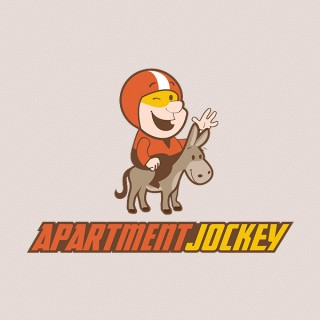